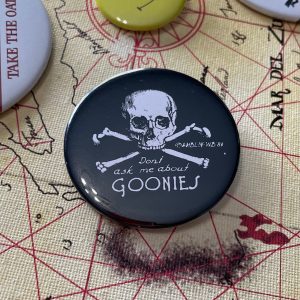 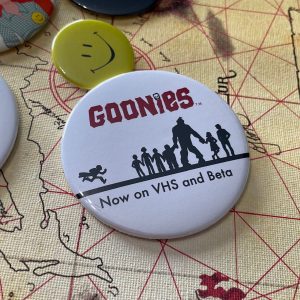 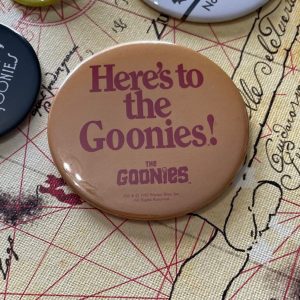 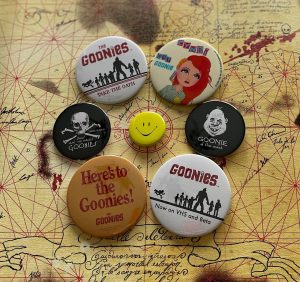 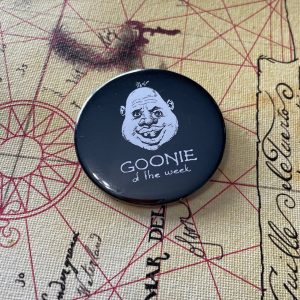 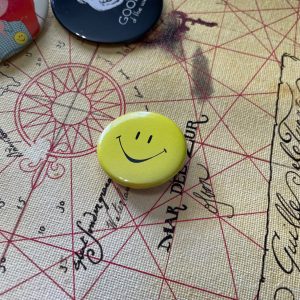 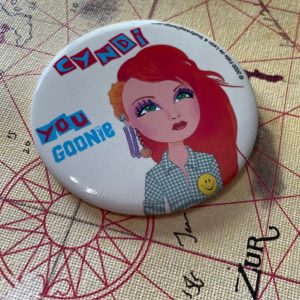 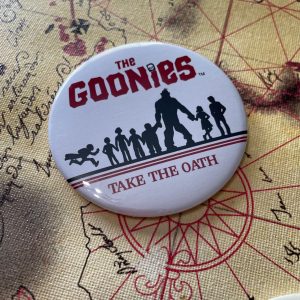 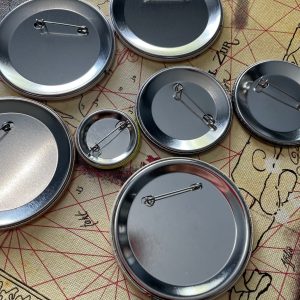 These are either 100% original designs or reproductions of vintage designs. None of these are actually from the 80s, but they sure do look the part! Made by goonies for goonies. No denim jacket or yellow North Face backpack is complete without some Goonies buttons.

This was a collaborative project between two artists that share a passion for the Goonies. The HIGHLY DETAILED artwork was created or recreated by, Félix de León of the Canary Islands. I turned that artwork into what you see here in the United States. If you like these, stay tuned, because we have a few more coals in the fire that we plan to share with other like-minded individuals.

Simply select the particular button that you wish to purchase, or get the whole set at a discounted price.