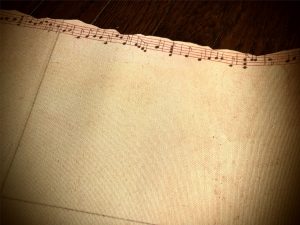 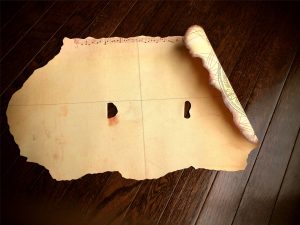 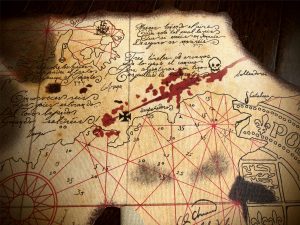 This is a replica of the Goonies treasure map that was hand drawn from several stills, production photos, and prop photosa and then printed onto a nice textured cotton weave canvas at a resolution of 1440x1440 using archival UV-resistant inks on a large format printer. The overall dimensions of the map match those of the original prop at 21" wide x 13" tall. It is heavy, thick canvas and feels substantial in your hand, although it would look great under glass on your wall r in your home theater. The map folds in to reveal a clue just like in the original cut of the film. This is the "must have" hi-resolution prop for any Goonies fan. Beware of "booty twaps" while you are on your adventure to snag yourself some rich stuff.


Note that the 2-sided option of the map DOES have the music notes on the back. If you choose the 1-sided version, it will NOT have the music notes on the back. They are meant mainly as a wall-hanging decoration and look beautiful in frames. Larger (and smaller) sizes can be made of this map if you are interested. Just contact me in advance if you have any questions. I will always work with you as I value your positive feedback.