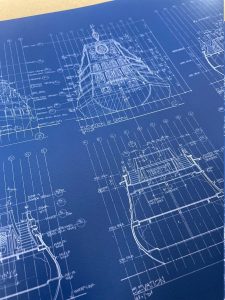 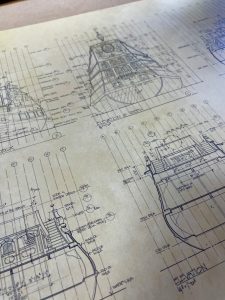 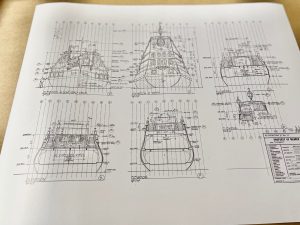 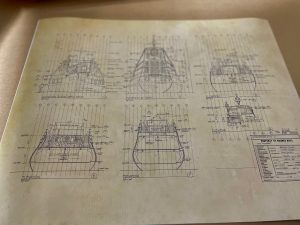 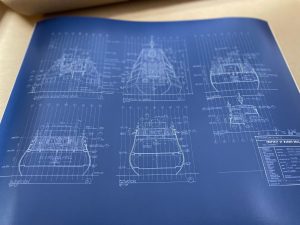 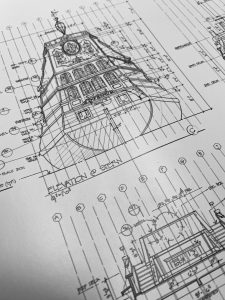 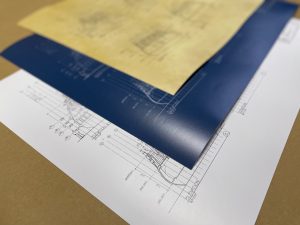 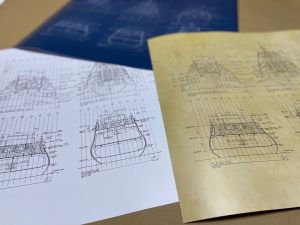 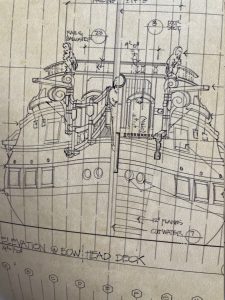 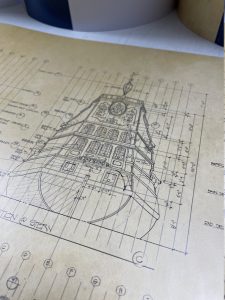 These are amazingly detailed, and a MUST HAVE for any Goonies fan. You will get a super-detailed replica print of the plans that were created for the actual ship in the film. They are printed in three versions on a heavy 12 pt coated satin poster paper. There are 4 sizes to choose from: 20" x 16", 24" x 20", 36" x 24, and 40" x 30". Custom sizes available - just ask! Perfect for any pirate cave! We also print these on canvas - check our other listings. This is the second set of elevation plans that we have produced. The prints are not duplicates of the others, so there may be some color variations when compared side by side. Just like the real plans, they are made to compliment one another - Much like the naturally-aged originals.

These are highly detailed redrawn reproduction prints from the original production drawings that were created by Joseph C. Nemec III. Made by goonies for goonies. No wall is complete without one of these blueprints. Each order will come with a FREE Goonies treasure map vinyl decal and a metal pirate coin.


This was a collaborative piece between two artists that share a passion for the Goonies. The HIGHLY DETAILED and accurate artwork was created by, Félix de León of the Canary Islands. I turned that artwork into what you see here in the United States. If you like these, stay tuned, because we have a few more coals in the fire that we plan to share with other like-minded individuals.


Félix de León was born in Lanzarote, Canary Islands, Spain and as a boy he moved to Gran Canaria with his family in the early 80's. He graduated in Translation and Interpreting from the ULPGC (University of Las Palmas de Gran Canaria). He has worked as a makeup artist and art director. He is currently working as an illustrator. He combines this activity with teaching English. It is worth mentioning that among his accomplishments are the awarded Canarian short film "Ansite" (2011) and the feature film "Maresia" (2014).


One of his main influences are 80s science fiction and adventure movies and TV series.


As an avid cinema goer and film enthusiast since his childhood, he has been heavily influenced by 80’s pop culture, mostly science fiction and adventure movies and TV series.


I started making things in the summer of 1993. I started out decorating people’s schoolbook covers for lunch money. In eighth grade I won an art contest and was chosen to paint a mural on the school’s wall. My next move was bending the cafeteria flatware into animal shapes out of boredom, and then it occurred to me that people might actually enjoy my creations.


I spent my summers as a sign and race car painter with my uncle. I was always known for my cartoon-style mascots and characters. This facet of my life is what led me to working at a magazine, and creating advertisements and logos for hundreds of companies.


I currently lives in the Columbus, Ohio area as a graphic artist by day, and a maker by night. I am more known for my Star Wars, Goonies, Big Lebowski, Hellraiser, and other pop-culture creations. I am often referred to as, “the guy that makes things that no one else can or wants to make.”